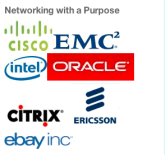 A professional development collaboration among Cisco, Citrix, eBay, EMC, Ericsson, Intel, Oracle, and other Silicon Valley technology companies using the IEEE model of “Birds of A Feather” discussion topics was introduced in a previous blog post.

Anna Van Rijswijk, formerly of Cisco, developed this program based on survey data indicating that unstructured professional networking can feel awkward, stressful, and uncomfortable to many potential and actual participants.

A Columbia alumnus, Jaffee noted that “at business functions, people often find themselves spending too much time with a small group rather than establishing multiple contacts throughout the function.”

To provide a solution, he built a company that offers events to increase chances that participants will make valuable business connections, much like the no-cost, self-organizing alternative, Networking with a Purpose.

The fifth Networking with a Purpose event is scheduled for Wednesday 20 November 2013 at eBay in San Jose, California, with popular discussion topics including:

Organizers have received strong post-event ratings from participants and have been contacted by colleagues in Silicon Alley – New York City – who wish to replicate this approach to professional networking.

-*How do you expand, cultivate and contribute to your professional network? 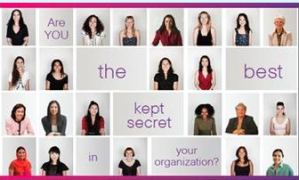