Ko’s team asked more than 160 volunteers to read a text designed to evaluate speaking skills as a baseline for later comparison.
Then, they randomly assigned volunteers to a “high” ranking role with the prime “you have a strong alternative offer, valuable inside information, or high status in the workplace, or by asking participants to recall an experience in which they had power.

The remaining participants were told they had “a weak offer, no inside information, or low workplace status,” or were asked to recall an experience in which they lacked power.

To compare the impact of these power primes with the baseline reading performance, participants in both groups read a text about negotiating.
People in the high power group spoke in a higher pitch, with greater volume, and less tone variability than the low-power group.
In fact, team Ko found that people in the high power prime group had a similar vocal profile to Thatcher following her vocal training.

In additional investigations by Ko’s team, additional participants listened to recordings of people who read in the previous condition, and accurately determined which volunteers conveyed higher status and were more likely to engage in high-power behaviors, based only on vocal elements.

Self-generated primes are especially influential because they lead to “assimilation” of the power suggestion, whereas primes provided by other people, as in Ko’s investigation, yield “contrast,” suggested Universität Würzburg’s Thomas Mussweiler and Roland Neumann.

The strong impact of beliefs about power has been explained by Egon Brunswik of Berkeley’s “lens model” of perception, self-fulfilling prophecy theory by University of California’s Robert Rosenthal, and self-efficacy theory described Stanford’s Albert Bandura.

These findings suggest that beliefs about personal power shape behaviors like vocal profile, which can lead to differing outcomes in occupational and life opportunities. 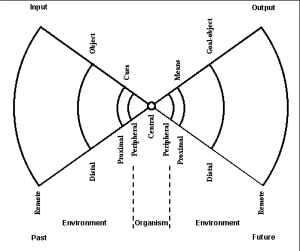